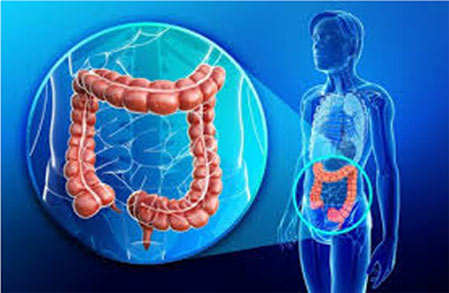 Laparoscopic colorectal surgery avoids the need for a long incision (cut) in the abdomen (tummy) and so there is significantly less pain after the operation from the wound. It also means that you stay in hospital a shorter time (a matter of days) and can return to normal activities in a few weeks.

What is the colon and rectum?

The colon and rectum refers to the large intestine or bowel. It forms the lowest part of the digestive system after the small bowel and it ends at the anus.

What is laparoscopic colorectal surgery?

Laparoscopic or ‘keyhole’ surgery allows the surgeon to carry out operations through four or five small (one-centimetre) cuts in the abdomen (tummy). A telescope camera, put into one of these small cuts, shows an enlarged image (picture) of the internal abdominal organs on a television screen. The other cuts allow the surgeon to use special operating instruments. In some cases, one of the cuts may be made longer (to eight to 10 cms) to allow a bowel specimen (sample) to be removed and the procedure to be finished.

What are the advantages of laparoscopic colorectal surgery?

Results vary depending on the type of procedure and your overall condition. Common advantages include:

Could I have laparoscopic colorectal surgery?

Although there are many benefits of this type of surgery, it is not always possible for every patient. Each case has to be looked at, so you will need to discuss this option with your surgeon and find out if this way of operating is best for you.

Will I need any special preparation before surgery?

You will have the same investigations and tests to prepare you for your operation as patients who have ‘open’ surgery. These are to confirm the diagnosis and extent of the
disease and to assess how fit and well you are for the proposed treatment.

How is laparoscopic colorectal surgery performed?

Laparoscopic surgery is the name given to the telescopic method a surgeon uses to enter the abdomen. The surgeon will, through a small cut often close to your tummy button, place a cannula (hollow, needle-like tube) and pass gas (carbon dioxide) through this. The gas fills the abdominal cavity, making a space into which the surgeon can place a laparoscope (a narrow telescope joined to a video camera). The surgeon then sees a magnified or enlarged view of your abdominal organs on a television screen. Other cuts give access (ports) to place specially designed operating instruments inside so the operation can be carried out. If a part of the bowel is to be removed, one of the cuts is enlarged. The surgery usually takes two to three hours.

What happens if the operation cannot be carried out or finished using the laparoscopic method?

For some people, the laparoscopic method cannot be performed safely or well enough. Factors that may increase the possibility of choosing or changing to the ‘open’ procedure during the operation include:

Your surgeon will decide to carry out surgery using the open procedure either before or during the operation. You should be prepared for the possibility that the surgeon may have to go back to open surgery during your operation.

What should I expect after surgery?

Immediately (within the first 24 to 48 hours), you will need: 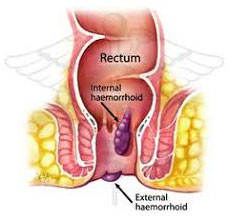 Later (the following day or so), you will need to: